This must be Love…

Whether or not it’s an Acura Integra GSR, we all have that certain/specific car that resonates with us. Maybe it was your childhood dream car… and you’ve never been able to get it out of your head. Heck, maybe it was the hero car from your favorite movie, TV show, or MTV video. It could’ve what your dad/grandfather drove when you were a little kid… and you can still remember the way the light came through the windshield riding around in that thing on a sunny afternoon. In Matt Crumpton’s case, that car’s an Acura Integra.

Matt Crumpton got his first Integra when he was a teenager… and he still has it today. It’s not the one in this feature… but he does still have it. 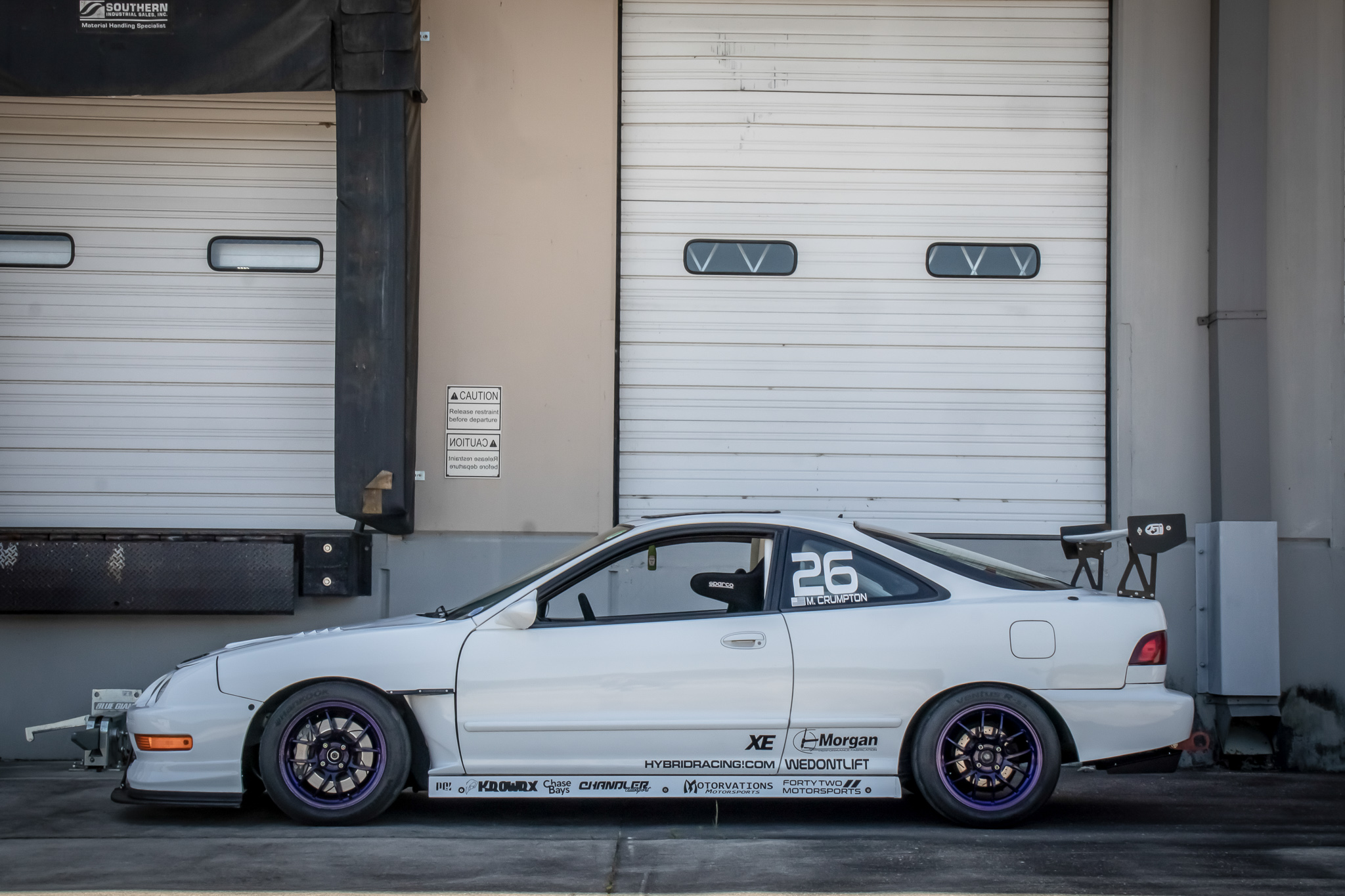 Matt’s owned over 10 Integras so far…

Whether they were parts cars, flip cars, or cars just to play around with… he’s always felt comfortable with the Integra platform. When asked why, his response kept coming back to this unexplainable driver-focused sensation/appeal that the Integra has in its DNA. Combine that with the powertrain/swap options, and the more refined ‘Acura’ interior… and Matt just felt more of a connection to the Integra, than he personally does in say – a Civic of the same era. So when Matt Crumpton got the itch to build a track car… you guessed it.

His street car was frankly too nice (and sentimental), so Matt picked up a ‘97 GSR rolling shell. A blank canvas for a track car. He began working to build the car within the ‘street class’ limits for Global Time Attack (GTA).

Matt knew he wanted to keep the car naturally aspirated, simply for the sake of reliability. His street car is turbocharged, and has been through a couple of engines itself, so he figured if he went with a solid N/A motor & ITB’s, he could have all the fun on track, and still be able to drive the car home afterwards. First, he stuck an Integra Type-R engine in it…

But it popped at Barber’s Motorsports from oil starvation (due to lack of adequate baffling in the oil pan for the high speed cornering). After learning his lesson there, he worked with Jim at Motorvations Motorsports to get a new set-up dialed in. This time – he decided to go with a built B20 bottom end & GSR head. And to avoid oil starvation, they went to a 5-quart oil pan with trap doors and a crank scraper. A sweet-spot to go out on track & have fun, without the over-stressing of engine, drivetrain, and wallet components. At the end of the day, Matt’s Integra is a great example of what being a car guy should represent: seat time, minimized headaches… and keeping FUN as the main motive. This car was built in a garage after work with the help of buddies & brews. It’s still registered, and he still drives it to every event. The sweet spot.