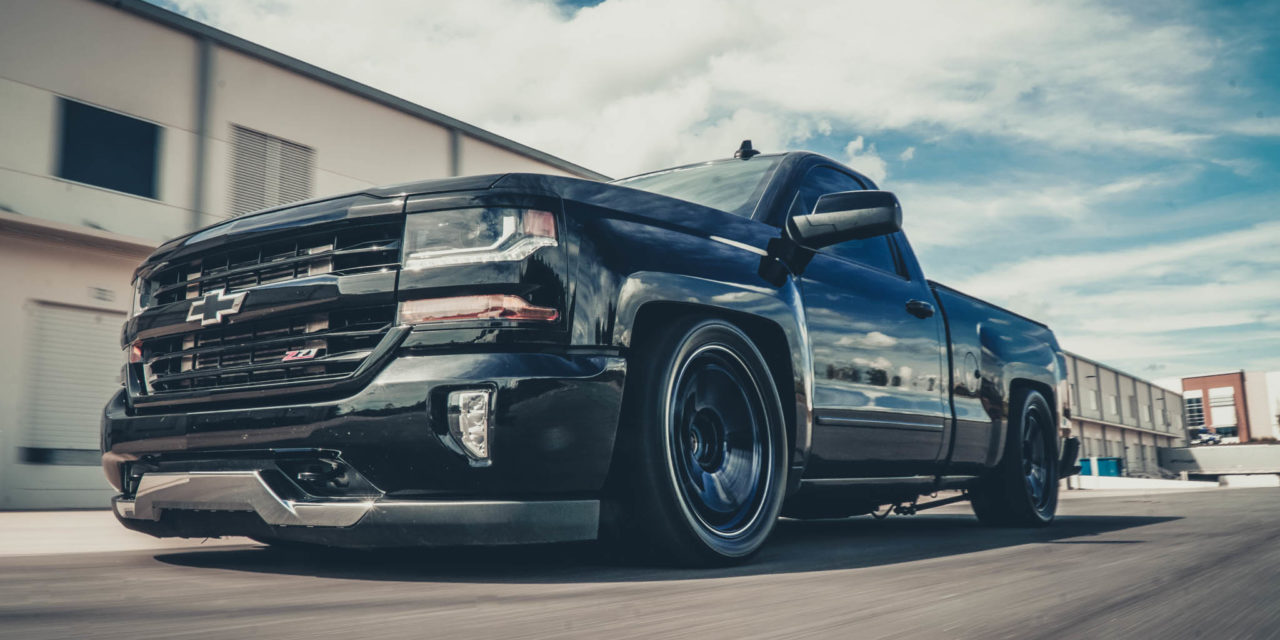 Aka – MEX GTR. Jose Garcia & his cousin, Kelvin (with the gray EG hatch a few features back) are super tight. In fact, they run a few Mexican restaurants together in the far upper north metro-Atlanta area. And they might have a little street racing gig on the side. I said might….. One of those Mexican restaurants is called Sneaky Sancho…

Which is kind of a car guy hangout taco-shop right at Interstate 85 & 211 at the Road Atlanta exit next to the Shell station. If you don’t know the legend/fable of the mythological ‘Sneaky Sancho’… look it up. Because I didn’t know until I had been wearing their shirt around town for months lol. Damnit boi.

Anyway back to the story. Jose had always been heavy into Hondas. And his cousin Kelvin had grown up more around street trucks & muscle cars. Jose & Kelvin both have super all-in type of personalities…

So as they got older and started hanging out more… Jose got Kelvin big-time into Hondas. And on the flip-end, Kelvin got Jose big-time into street trucks as well. To paint the picture, I think Jose currently has 4 trucks from 4 different decades now, maybe more. 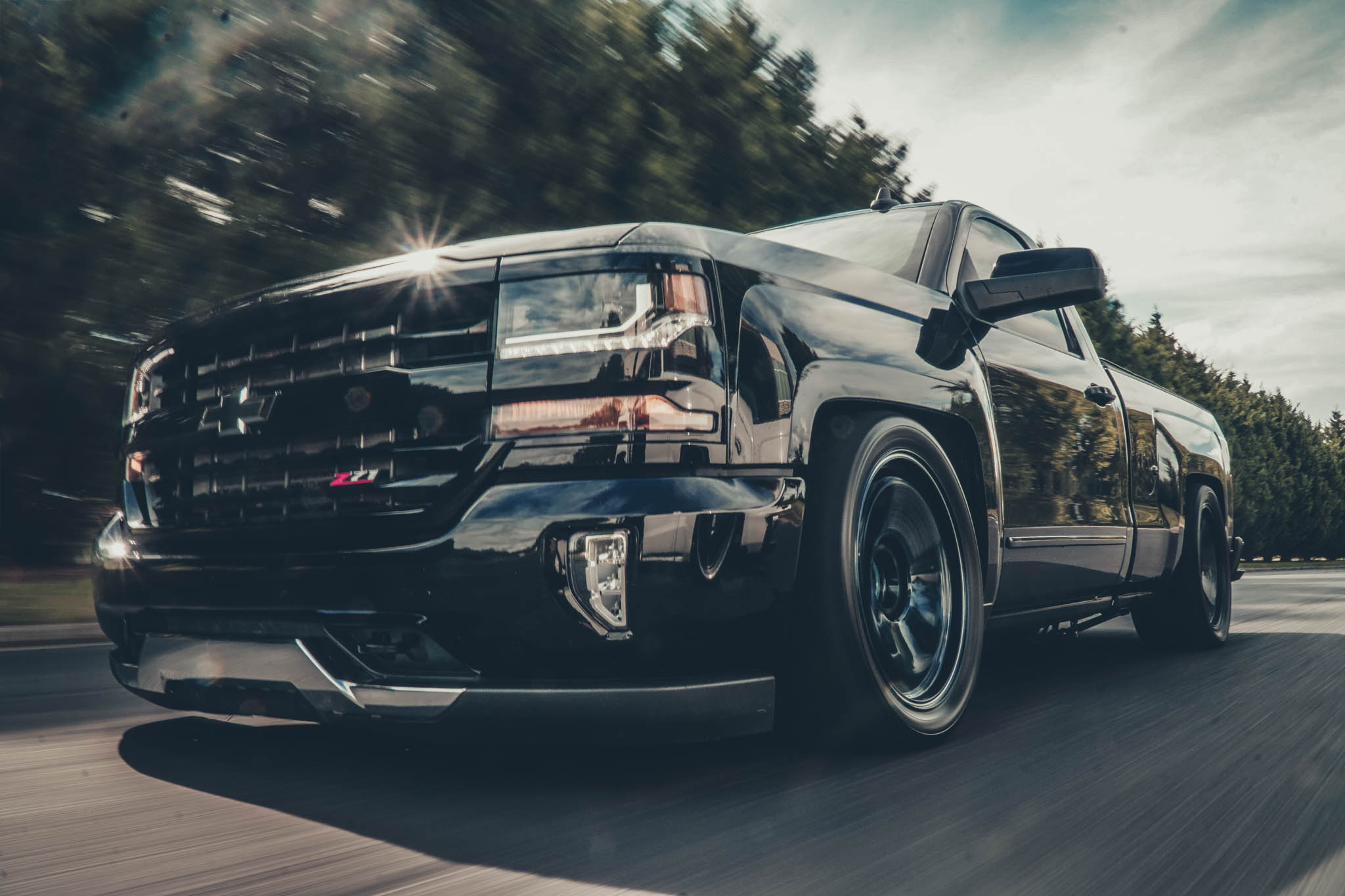 You can clearly spot his tuner-boy influences in the sick mag blue Volk TE37 wheels & Toyo R888R combo. It’s something I figure anyone subscribed to this mag can get down with. So can we all take a second and thank Volk for making large PCD wheels……. This Silverado is low, black, clean, & mean… and it plays no games.

That’s because Jose’s done a built 6.2 swap with custom grind cams, forged internals, and a Borg Warner S476 turbo. The trans is a built 6L80 by Sid Neal Racing. And it’s tuned on HP Tuners. And Jose’s more-or-less capped it there, because this is still his daily. Most people with 2017 Z71s are just now thinking about which American Force wheels & level kit they’re gonna put on it now that the original tires are getting worn. Meanwhile – Jose’s out here treating this thing like a damn Honda hatch… on his 2nd turbo & 3rd motor lol.

It’s worth noting that Jose had a similar 2008 Z71 not too long ago, but it was 2-wheel-drive. He built it just so his Mexican ass could go beat GTRs with a Chevy truck… his words not mine. In a neck-&-neck run with a McLaren of all cars, Jose’s old 2wd Chevy snapped traction going into 4th…

Even on Mickey Thompsons, the Silverado hooked, tank-slapped, and popped a tree on the rear corner… which was actually a good thing since it straightened the truck & probably kept it from barrel-rolling. It then dragged the side of a guard rail until the ride was over. So with this new 2017 Silverado, Jose opted for 4wd. Now Jose just launches in 4wd and lets it rip.

Here’s another Once Upon a Time in Mexico story: The cousins were talking smack on some FB page like they always do… all in good fun. And Jose set up a race with this guy at Atlanta Dragway during Streetcar Takeover. Well the other dude never showed up. Jose didn’t think too much about it… and just enjoyed the weekend. But – he ended up hurting his motor pretty badly at the track. It was toast. Well the other dude started piping up online, rubbing salt in the wounds of Jose’s misfortune. The arrogance kinda pissed Jose off a little bit, especially since the other dude bailed on the race & never even showed up… so Jose called the dude out online & set up 2 new races… for money this time. The first race would be against Jose with the injured motor.

And the 2nd race would be for ‘double the 1st purse‘, once the new motor was in.

Jose & Kelvin showed up with this truck pouring smoke… and they went ahead & preemptively brought a tow truck with them to bring it home lol. When the light dropped, the truck choked and wouldn’t make boost. But then… by the grace of the race gods… the engine got shocked back to life. Boost surged through. Jose pulled 2-car-lengths at the last second & won! Then the Silverado completely died just past the finish mark. Jose & Kelvin skin’d out, went to Doc’s for a shot of Irish, and they were home in time for tacos. That’s what they do. Hood exit for exhaust & wastegate with an electronic cutout.

Viking coilovers. The Viking kit comes with a rear relocation bracket for the shocks, a flip kit, plus a 2” drop shackle. Jose’s also got an under-bed frame notch (c-notch). In total, the truck is dropped about 6-7” in the front & 7” in the rear.